In today’s society, the way people consume media has evolved quickly especially in the last five years. Video production has become the forefront of this massive shift in media consumption, and Wild Story Productions is here to help you navigate that space for your own business.

We specialize in content creation, video production, real estate video, and motion graphics. We love working with any size business. We offer proven experience with high-quality video to promote brand awareness and drive traffic to your door.

Working with Wild Story Productions, we can offer a vast network of professionals to increase your business reach, including marketing professionals, branding specialists and more. We can make these opportunities available to you as we work together to build your brand and your business. See the video below that was  produced by a local college student about Wild Story Productions.

We don’t only create content, we tell your story, so you can be seen and heard. 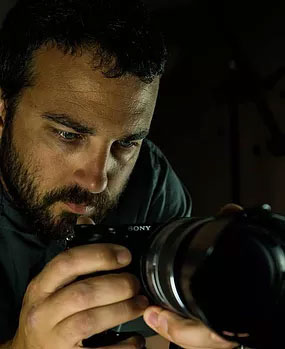 We all have that one moment where it just clicks in our mind that THIS is what we are destined to do. A raging spark that ignites the fire within us. My personal moment was when I had been given the opportunity to document spring turkey hunts with a fellow friend and outdoorsman. First putting a camera in my hand, I had only wanted to do what many of us do when we push record; I wanted to keep memories of something I had a strong passion for. It was at this moment, the moment I started to tell a story through the lens, that a fire began inside me to produce video content for the world to see.

In the following years Wild Story Productions began to tell visual stories for various television shows in the outdoor industry. And while I found much success there, I knew I could do more. As the digital age began to explode with social media, I began to look at the forefront of how things were captured with digitally.

I knew the hunting industry was behind the curve of mainstream media; I wanted to learn more, capture more, and TRULY tell people’s stories. Filming hunts quickly became not enough. I loved the creativity of cinematography and I loved the way I could capture moments and weave it into a beautiful story.

I realized I could fuel marketing campaigns for small businesses and promote causes for individuals who need a voice. As this developed further, I began to study under some of the best in cinematography in order to further educate myself and grow as a producer.

Every day I push myself to keep reaching for more to tell the story of it all…To tell your Wild Story.